Sea vegetables, or by it’s common name seaweed, is an interesting sea plant with healthy and nutritious properties that has been popular in the Ballina locality for hundreds of years. Sea vegetables absorb and concentrate the rich minerals and nutrients, which abound in the ocean, into their cells. Due to the low position these herbs exist in the food chain, sea vegetables are safer to eat than many other foodstuffs encountered in the human diet. The enzyme and mineral content of sea vegetables assists the digestive process by eliminating the chemical waste we absorb every day. 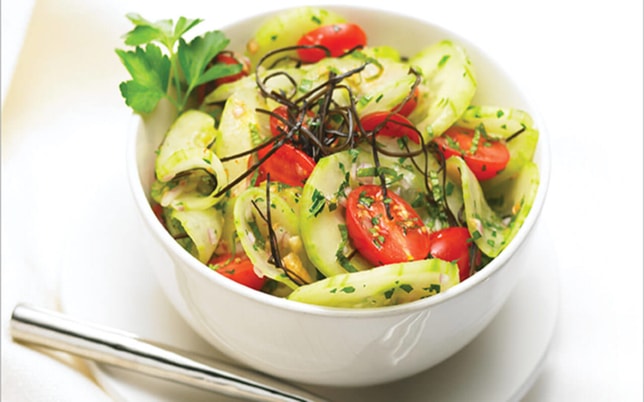 Sea Vegetables refer to an amazing renewable resource whose potential has often been overlooked. It has been used as fertiliser and food by coastal dwellers for hundreds of years. Traditionally its main use was as fertiliser, spectacularly documented in the film “The Field”, referred to in that famous quote from Bull McCabe, “God made the world and seaweed made that field”. As depicted in the film many poor costal areas with little or no soil cover relied completely on the long term spreading of seaweed mixed with sand to build up a sufficiently deep layer of soil for cultivation.

During Ireland’s disastrous potato famine of 1847-48 seaweed was used commonly as a food and led to negative associations of seaweed with poverty and famine. This hard shaken image has gradually changed in Ireland as people awoke to the realisation that seaweeds were not a poor man’s alternative but rather are superior to many land based vegetables as a source of minerals, trace elements and vitamins.

We stock a variety of sea vegetables in our shop from Quality Sea Veg, Donegal. These include Dillisk, Carrageen, Sea Spaghetti, Mixed Sea Veg, Kombu, Kelp and Spirulina; as well as herb mixtures that can provide seasoning or garnish to any meal.

The two most common types of sea vegetables are Dillisk and Carrageen.

Please Contact us or email info@clarkes.ie for shipping details and prices.

We use cookies to ensure that we give you the best experience on our website. If you continue to use this site we will assume that you are happy with it.Ok